The Texas Department of Transportation has scheduled a public hearing for proposed improvements to about six miles of Hwy. 170 between I-35W and Hwy. 114 for Thursday, Dec. 19 at the Kay Granger Elementary School Gym, 12771 Saratoga Springs Circle in Fort Worth. Displays will be available for viewing at 6 p.m. with the formal public hearing starting at 6:30 p.m.

Verbal and written comments from the public regarding the project are requested and may be presented at the hearing on Dec. 19, or submitted in person or by mail to the TxDOT Fort Worth District Office. Comments must be received on or before Friday, Jan. 3, 2020, to be part of the official hearing record. 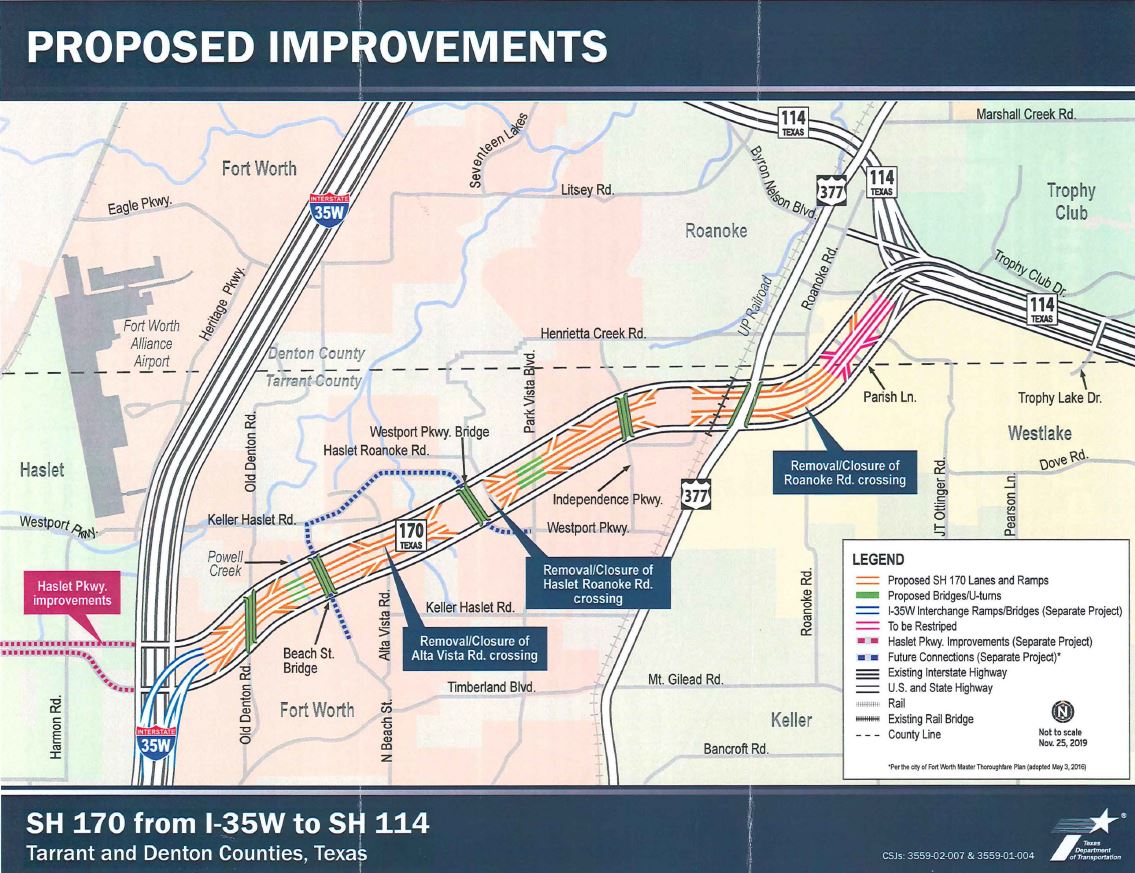