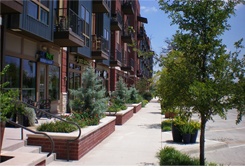 Wallet Hub regularly names Keller as one of America’s “Best Small Cities” by Wallet Hub. Additionally, Lend EDU has named Keller one of the “Best Places to Buy a Home” and “Most Fiscally Healthy Towns in Texas” multiple years in a row. In 2017, Neighborhood Scout recognized Keller as one of the “Top 100 Safest Cities in the U.S.” Keller is also known for the City’s dedication to green-spaces and preservation of natural areas, as is indicated by awards from Scenic Texas, the Arbor Day Foundation, and the North Texas Corporate Recycling Association. The National Weather Service also named Keller has a “StormReady Community” in 2017.

See a complete list of City of Keller awards

Free viewers are required for some of the attached documents.
They can be downloaded by clicking on the icons below.