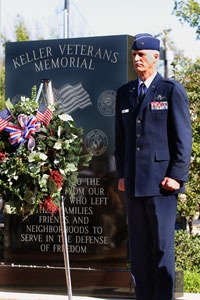 Veterans who qualify as “Keller Veterans” will automatically be included on these columns. In addition to these central columns, there are also brick pavers placed in the plaza in front of the columns. These brick pavers are available for sponsorship by individuals who want to support the Keller Veterans Memorial Park. Sponsoring pavers give people the opportunity to not only support the project, but also a chance for honoring veterans who may not qualify as “Keller Veterans.” Pavers can be sponsored recognizing an individual or family, but there will be a separate area set-aside for pavers that recognize veterans that are not “Keller Veterans.” 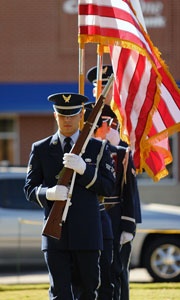 Policy Overview on "Who and How to Display Keller Veterans"

In the spirit of flexibility and inclusion, the Review Board will have authority to authorize additional names as they are discovered, decide how often to engrave the additions into the granite columns, and have the ability to consider exceptions to the following policies, on a case-by-case basis.

Veterans will be listed as follows:

“Keller Veterans" will be listed who meet the following parameters:

The “Keller Region” is defined as follows: