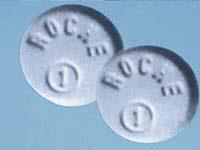 Rapists are using a new weapon to overpower their victims.  The weapon is drugs, like Rohypnol and GHB.  These drugs are silent and invisible - when hidden in a drink, they may be completely undetectable.  Yet, they are potent and destructive.  They can seriously harm or even kill you.

How Does it Happen?

You're at a party, a club, or a social event.  You're with people you know, people you think you have no reason to fear.  Someone secretly drops a drug like Rohypnol or GHB in your drink.  When the drug dissolves, it is colorless and odorless.  It may also be tasteless.

As you consume the drink, the drug takes effect.  You're now in a weakened, helpless, or unconscious state.  You're so incapacitated that you can't escape or resist a rapist, or even call out for help.  You're sexually assaulted.  When the drug wears off, you may not remember what happened or who participated because the drug often causes amnesia.

This may sound like an old story - "spiking the punch" or "slipping her a Mickey".  What is new is that these drugs are especially dangerous, when combined with alcohol or other drugs, the mixture can be lethal.

Rohypnol is a potent and fast-acting sedative.  The physical effects of the drug may be noticeable within twenty to thirty minutes after ingestion.

Rohypnol causes drowsiness, confusion, impaired motor skills, dizziness, impaired judgment, and reduced levels of consciousness.  You may look and act like someone who is drunk.  Your speech may be slurred and you may have difficulty walking or you may be completely unconscious.

It is very dangerous to mix Rohypnol with alcohol or other drugs.  The combination may produce extremely low blood pressure, respiratory depression, difficulty breathing, coma, or even death.

One of the most disturbing effects of Rohypnol is that it can produce complete or partial amnesia (loss of memory) for the events that take place after it is ingested.  This means that you may not be able to remember what you did - or what was done to you - while you are under the influence of the drug, which may be a significant period of time.  This "amnesic" effect is especially likely when Rohypnol is ingested with alcohol.

What are the Effects of GHB?

GHB is a powerful synthetic drug that acts as a depressant on the central nervous system.  It is rapidly metabolized by the body.  The effects of the drug can be felt within fifteen minutes after ingestion.

GHB can cause dizziness, nausea, vomiting, confusion, seizures, respiratory depression, intense drowsiness, unconsciousness, and coma.  In some cases, GHB also can cause "anterograde amnesia" (memory loss for the events following ingestion).  This means that you may not be able to recall what happened to you while you were under the influence of the drug.

When GHB is ingested with alcohol or other drugs, the consequences may be life-threatening.  Without immediate and appropriate medical care, the results may be fatal.

It is illegal to possess or distribute Rohypnol in the United States.  It is a "controlled substance" in Schedule IV of the Federal Controlled Substances Act.  It has never been approved for medical use in this country.  Rohypnol is sold as a prescription drug in other countries and smuggled into the United States.  In 1996, Congress passed the Drug-Induced Rape Prevention and Punishment Act of 1996.  Under the new federal law, simple possession of Rohypnol is punishable by up to three years in prison and a fine.  The distribution/administration of Rohypnol to another person without the person's knowledge, and with the intent to commit a crime of violence, is punishable by up to twenty years in prison and a fine.  In addition to the federal law, possession and misuse of Rohypnol is a violation of some state laws.

Signs That You May Have Been Drugged

What to do if it Happens to You

Taking Care of Yourself

Watching Out for Your Friends

Appoint a designated "sober" person when you go to parties, clubs, or bars.  Have a plan to periodically check up on each other.

If one of your friends appears very intoxicated, gets sick after drinking a beverage, passes out and is difficult to awaken, seems to be having difficulty breathing, or is behaving in an uncharacteristic way, take steps to ensure your friend's safety.  If necessary, call 9-1-1 for emergency medical assistance.

If you see or hear that someone is "dosing" a drink or a punch bowl, intervene.  Confront the person, warn potential victims, discard the drink, and/or get help.

Warn friends about high-risk situations, such as clubs were "dosing" is know to have occurred.