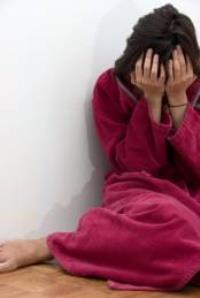 Less is known about the frequency of rapes perpetrated against men.  The American Academy of Pediatrics estimates that about 5% of sexual assaults are perpetrated against male victims.  Because many of these attacks occurring daily go unreported and unrecognized, sexual assault can be considered a silent-violent epidemic in the United States today.

Myths and Facts about Sexual Violence

Myth:    "It can't happen to me."  Rape is an isolated, infrequent event that only happens to certain kinds of people:  attractive, young women, women who are promiscuous or provocative.

Fact:    Anyone can be sexually assaulted.  Studies show that "victims" include infants to people in their nineties, lesbians/gays, people with disabilities, and people from every racial, ethnic, religious, economic and social background.

Myth:    "She asked for it."  Women often provoke rape by their own behavior:  wearing low-cut or tight clothing, going out alone, staying out late, being drunk, using drugs, kissing, etc.

Fact:    No one asks to be sexually assaulted.  Nor does anyone's behavior justify or excuse the crime.  People have a right to be safe from sexual violation at any time, any place and under any circumstances.  The offender, not the survivor, must be held responsible for this crime.

Myth:    Most offenders are African-American men.

Fact:    Over 90% of sexual assaults occur between people of the same ethnic or racial background.  The myth of the black rapist is rooted to the racist history of our country.

Myth:    Most sexual assaults are committed by strangers at night in out-of-the-way places.

Fact:    Women don't lie about rape.  The FBI reports that false accusations account for only 2% of all reported sexual assaults.  This is no higher than false reports for any other crime.

Fact:    It is currently estimated by the FBI that one out of ten men are victims of adult sexual assault.  Other researchers have found that between one of four and one out of seven male children are sexually abused.

Myth:    Date rape only happens between people who just met or don't know each other well.

Fact:    Rape has nothing to do with how well the person knows the assailant.  It's not uncommon for a person to be raped by someone she or he has been dating for a long time, or by a former lover, or by a spouse.

Myth:    The best way for survivors to get over a sexual assault is to act like it didn't happen, to put it behind them, get on with their lives and be 'normal' again.

Fact:    Speaking out about sexual assault might be an essential part of the recovery process for survivors.  However, no survivor should ever be forced to speak, publicly or privately, before they are ready.  Every survivor is the expert on their own recovery.  For many, recovery becomes an ongoing process of healing, change and empowerment.  All survivors have a right to the support and validation of friends, family, and service providers, no matter where they are in their individual healing process or how long ago the assault occurred. 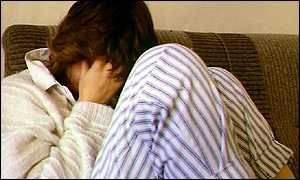